At a time when fluorspar consumers are pondering their limited sourcing options as restricted supply and high prices dominate the market, newcomer GFL GM Fluorspar SA in Morocco is expanding capacity to meet demand. 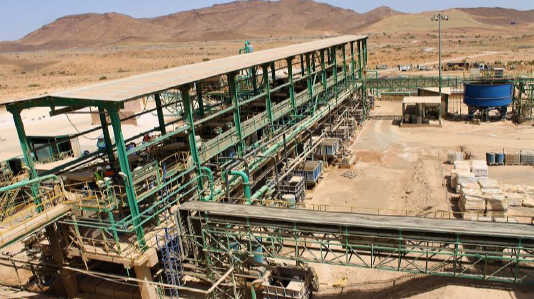 For a review of fluorspar supply and demand see our recent online articles:

The mine and beneficiation plant have been operational since 2018 with a capacity of 40,000 tpa acidspar, which is now planned to be increased to 60,000 tpa, expected to be complete by Q2 2020.

Owing to the strategic location of the mine in the north-east of Morocco, with a distance of only 95km north to the port of Nador and just seven days shipping time to the main ports, supply will be targeted to customers in Europe and the Mediterranean. 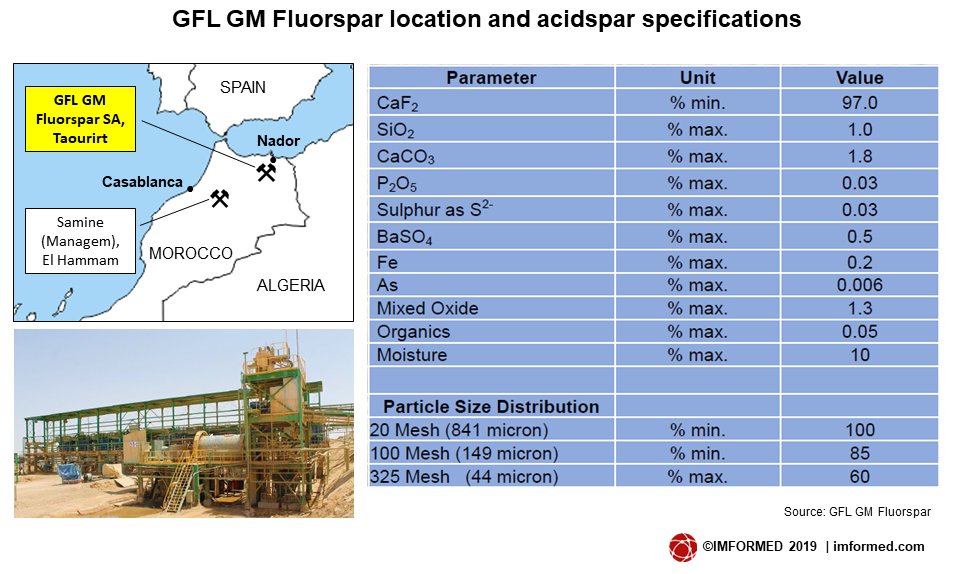 GFL, part of the US$3bn INOX Group of Companies, is India’s largest polytetrafluoroethylene (PTFE) producer with hi-tech state of the art technology plants at Dahej, Gujarat. With its backward integration including caustic soda, hydrofluoric acid and captive power, GFL is one of the world’s most integrated PTFE producers, the company produces a range of fluorochemicals and fluoropolymers.

GFL GM Fluorspar’s open pit mine is located on the western slope of Jebel Tirremi, 10km north-west of Taourirt, Taourirt province, near the Fes-Oujda highway.

According to a USGS report published in 1980, the deposit hosts fluorite veins and massive replacement veins as much as two metres in diameter, hosted by Jurassic limestone and dolomite.

The Taourirt mine and plant started up in 2018. The plant was temporarily shutdown owing to some initial recovery issues, but with improvements to the processing was later brought back on stream.

Despite GFL’s growing requirements for fluorspar as it increases production of its fluoroproducts, the company has decided to sell its captive fluorspar production to other quality conscious consumers in Europe and elsewhere. 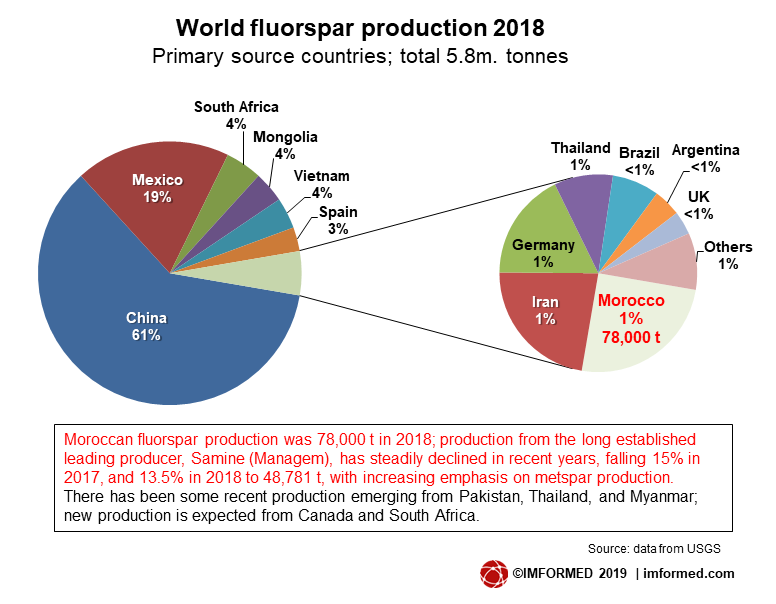 Morocco’s primary fluorspar producer has historically been Samine, a wholly‐owned subsidiary of Managem, which since 1974 has operated the underground El Hammam Mine, in the north-central area of the country, 330km east of Casablanca (and 370km south-west of Taorirt). In 2015, Samine had a capacity of 80,000 tpa acidspar concentrate which was exported from Casablanca.

Managem has pursued a development strategy for product diversification, and R&D efforts resulted in metallurgical grade fluorspar (metspar) being developed for the cement market. Some 27,400 tonnes was produced in 2017, accounting for almost 50% of production.

With Managem investment efforts appearing to be aimed more at its gold, silver, copper, and cobalt activities in Morocco and elsewhere in Africa, GFL GM Fluorspar may well assert itself as the country’s leading acidspar producer. 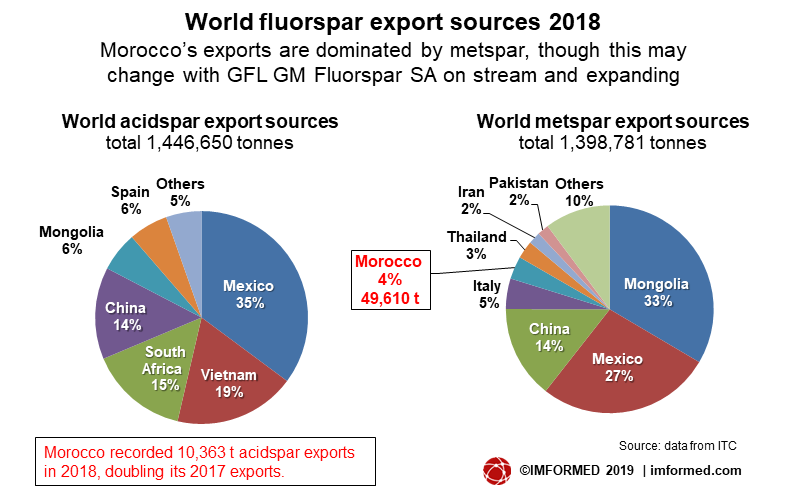