IBAR Nordeste Ltda of Brazil has announced the appointment of M!nerals by Cofermin as its exclusive sales agent for dead burned magnesia in Europe and other selected areas. 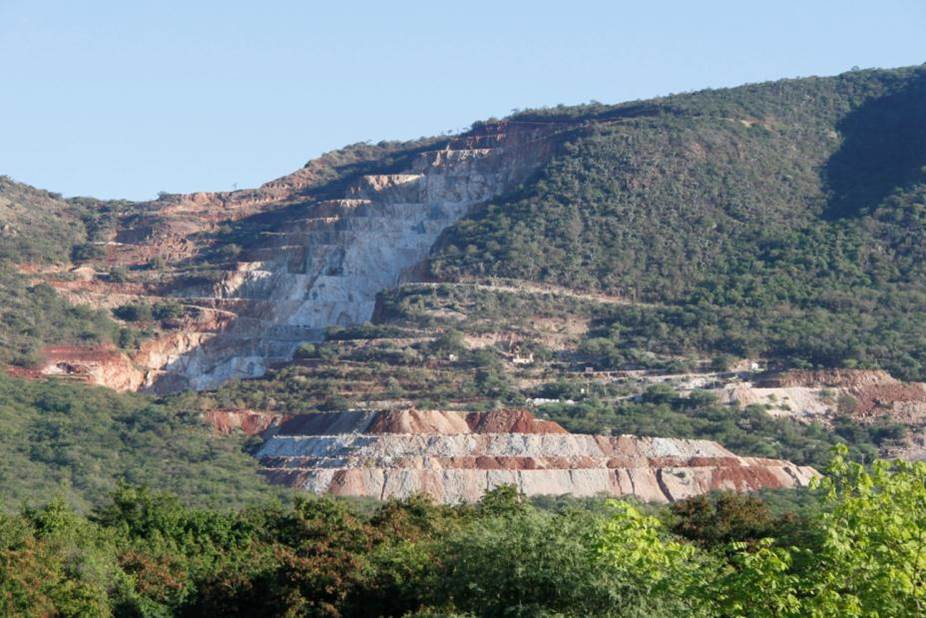 DBM has been mainly used for IBAR’s in-house consumption for refractory production, with some sold externally. Export markets will now be pursued with Cofermin.

Through the Cofermin network acting as the extended marketing arm, IBAR plans to provide customers in Europe and elsewhere with a stable, long term and competitive alternative to the traditional sources of DBM.

Significantly, Brazil is one of the top three DBM producers (along with Turkey and Slovakia, see chart) offering DBM grades as an alternative to China – an increasing trend for many refractory consumers weary of unpredictability and reliance on Chinese DBM supply.

IBAR – a pedigree in magnesite

IBAR Nordeste is a company of IBAR – Indústria Brasileira de Artigos Refratários, which produces 170,000 tpa refractory products at Poá, and 30,000 tpa at Suzano, in the state of São Paulo.

In addition, IBAR produces 60,000 tpa of refractory chamotte at Poá for in-house consumption.

Established in 1942, IBAR Nordeste has two magnesia operations: the main one in Brumado, Bahia, with a production capacity of 160,000 tpa DBM and CCM, and at Jucás, Ceará with a capacity of 40,000 tpa CCM.

In recent years, IBAR has invested substantially in expansions of its magnesite business. According to the DNPM, the group invested BRL43m (US$10m) over 2013-2016. 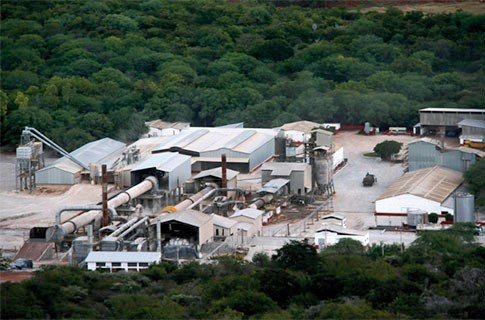 IBAR’s plant in Brumado, Bahia, has a production capacity of 160,000 tpa DBM and CCM. Courtesy IBAR

Where are the world’s main refractory magnesia sources?

Visit our stand and pick up a complimentary copy this week at the 59th International Colloquium on Refractories, 28-29 September, Aachen

Brazil hosts some of the world’s largest resources of macrocystalline (or sparry) magnesite deposits hosted in carbonate rocks, often in association with talc deposits such as in Bahia state.

Around 900m tonnes of magnesite resources are in two main areas: in the Eguas range around Brumado in south-west Bahia state, from which >98% production is located; and the Iguatu area of Ceará state. Brazil’s DNPM records 390m tonnes as mineable reserves. 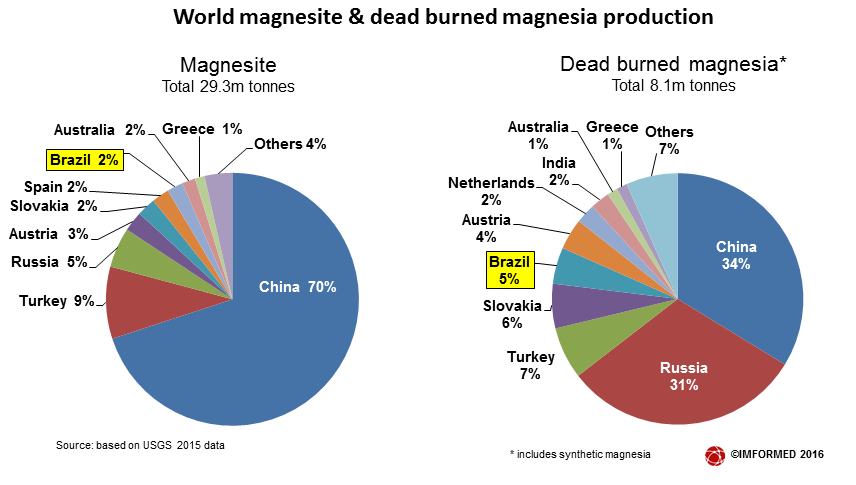 In 2015, Brazil was the world’s fifth largest magnesia exporter (after Slovakia, Turkey, the Netherlands, and China, in ascending order; ITC data).

Despite being the second largest producer of DBM, most of Russia’s DBM production is consumed within the CIS.

Brazil exported just over 225,000 tonnes of magnesia (CCM and DBM) worldwide, with the main destinations being the USA, 48% and the Netherlands, 19% (latter as primary logistical conduit to European consumers; see chart).

IBAR is one of three main magnesite producers in Brazil.

Magnesita Refratários SA dominates DBM production from its Brumado operation, with production capacities of 320,000 tpa DBM, 60,000 tpa CCM, and 34,000 fused magnesia (the latter mostly for in-house consumption, and understood to be idled at present).

A smaller producer is Xilolite SA which has a talc and magnesite deposit in Brumado. The company is focused on high grade talc production but has recently invested in installation of a new Multiple Hearth Furnace (MHF) for 92+% MgO CCM production scheduled for 2017.

In Ceará state, Magnesium do Brasil Ltda mines magnesite at Jucás and Iguatu, and produces around 40,000 tpa CCM at Iguatu. In 2013, France’s Roullier Group (owner of Timab and Magnesitas Navarras SA of Spain) acquired 50% of Magnesium do Brasil.

In addition to the above magnesite producers, Buschle & Lepper SA produces high purity CCM sourced from sea water at Joinville, Santa Catarina for a wide range of chemical, agriculture, and speciality markets.

M!nerals (Minerals GmbH & Co. KG) is a member of the industrial minerals marketing specialist Cofermin Group of companies, and focuses on the sourcing and distribution of materials such as bauxite, magnesite, fused alumina, graphite and chamotte.

The Cofermin Group has been active in the distribution of industrial minerals since 2000 and is well known for its transparent and effective approach to distribution channels and marketing strategies – especially for refractory minerals. 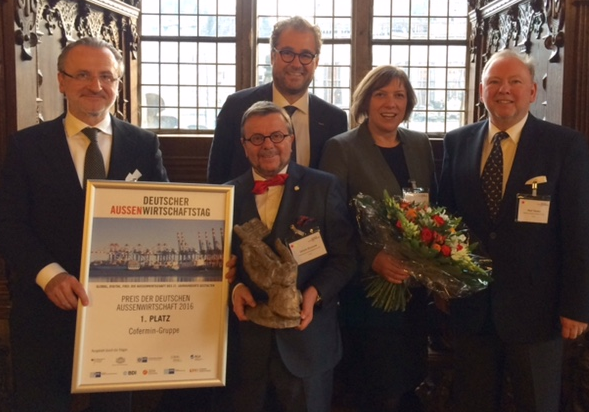 The assumption of social responsibility was one of the key points that convinced the jury to pick the international raw material distributor as this year’s winner out of a total of 30 competing companies. The jury also highlighted the international network that makes the company so efficient.

Tim Geldmacher and Bettina Bohnen, two of the managing partners of the group said during the ceremony in Bremen on 19 April: “We consider the whole world our potential market. We market specialty raw materials, but our most important resource are our employees.”