Bernhard Krüger, “King of Chromite”, celebrates his 60th work-anniversary at the sharp end

Bernhard Krüger, “King of Chromite”, celebrates his 60th work-anniversary at the sharp end

Usually all good things must come to an end, although there’s one man in the minerals business whose “good thing” continues to last, even after decades longer than most others in the industry.

On 15 May 2022, Bernhard Krüger, these days a Member of the Supervisory Board at Cofermin Group, celebrates a magnificent 60 years in the business of ores and minerals trading and distribution. In particular chromite, for which he has long been respected and regarded as the guru.

Title Image Bernhard today at the Cofermin head office, Essen; (inset) climbing on the Tsitsikamma Trail by the Indian Ocean, South Africa, 2005, on one of his many mountaineering exploits.

Many in the industry will have first met Bernhard during his 38 years at the Essen-based multi-national raw materials trading group Frank & Schulte GmbH (F&S).

This was immediately followed by a new era for Bernhard, at Cofermin, established in 2000, which he co-founded with former F&S managers Ralf Ossen, Dr. Pawel Golak and Tim Geldmacher.

As anyone who knows him, Bernhard works hard and seeks adventure in his free time – especially through his hiking and mountaineering exploits well into his mature years.

Outside work he has been involved in leadership committees of his Protestant congregation and a public hospital, and founded and headed a youth group in the German Alpine Club Essen. 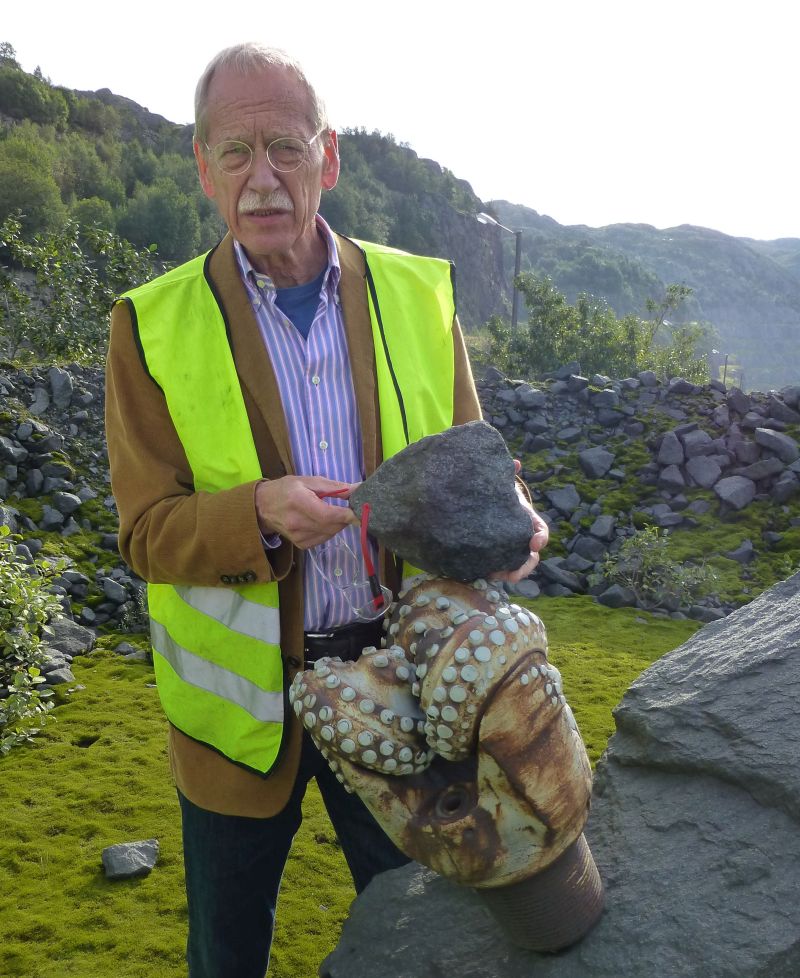 Keepin’ on rockin’ (open pit magnetite/ilmenite mine of Titania AS, Hauge i Dalane, Norway, 2013)

So Cofermin emerged from the ashes of F&S (which in its final, somewhat diminished incarnation was a division of Stinnes AG). In its heyday during the 1980s and 1990s, F&S was one of the world’s dominant raw material trading groups until its demise in 1999.

But F&S was not the only casualty of those times, it marked the end of an era for the large, multi-national mineral trading houses, as mineral trading transformed into a much more streamlined, sophisticated, and multi-service provider business. 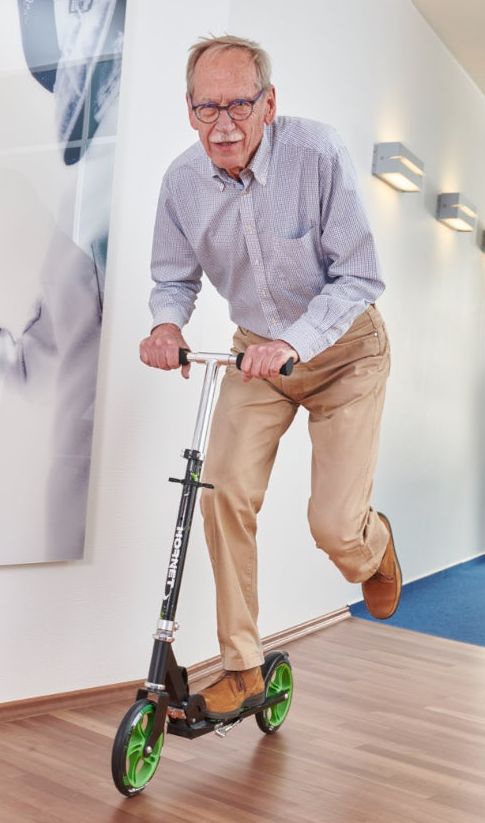 One aspect that stood out clearly with Cofermin from the start was its people and their personal touch to the business. The company motto is “We give raw materials a personality”, and Bernhard has been instrumental in providing his brand of energetic, welcoming, and knowledgeable personality to the minerals world.

In 2021, its 21st year, Cofermin implemented a major change of senior management, which may be described as more of a transition. Certainly a changing of the guard.

The founding partners of the award-winning international speciality raw materials marketing and distribution group made way for a new generation of senior management to take the group forward for at least another two decades or more of success.

From the 1 January 2021, Bernhard and the other founding partners of Cofermin (Ralf Ossen, Dr. Pawel Golak, and Tim Geldmacher) moved onto the Group’s newly established Supervisory Board (for more information and a review of the company, see: Cofermin evolves: talkin’ ’bout a new generation).

“Times are ‘a changin”

The period 1962-2022 witnessed some momentous changes in the world, and Bernhard recalls a few that stood out for him during his career:

And the last words to Bernhard…

Over the last 60 years: which do you consider the main gamechangers that have shaped the chromite/minerals world in your view?

Globalisation of the business especially, enabled by faster communication and development of China into a global player.

Separation of UG 2 chrome ore from platinum mining residues for ferrochrome and chrome oxide production. As a result, Cofermin contributed towards the development of the separation of foundry chromium sand between South African producers and European foundry customers.

A further exciting and innovative aspect was the joint project with Cofermin’s Scandinavian partners to develop magnetite as a by-product from ilmenite production for the wet separation of coal and, more recently, of metal residues.

Which do you see as the greatest challenges to the business in the future?

A distributor always needs flexibility, has to continue to improve established products, always be on the lookout for new applications.

The greatest challenge is the reality of global warming and its consequences.

And some of your more memorable “fun” events over your career?

Many years ago at the Canton Fair: as usual, we were drinking too much mao-tai. I jumped on a table and sang “Ännchen von Tharau”, an old German folk song. My partners followed on the table with a Chinese song and we became long-lasting business friends.

With the next large shipment of magnesite, from our aforementioned Chinese partners, a stone-carved statue arrived in Rotterdam! It’s located still today in front of my house.

During my first visit to a Norwegian mine in the late 1960s I was surprised: all alcoholic beverages had been stored in a strong bank-safe to keep them save until our visit- simply unbelievable!

What do you value the most in this business?

For sure my friendships – travelling, visiting and hiking with them, thinking about new products or markets.

And my colleagues and my closest team – they have been with me for years and sometimes decades and are an important contribution to my career.

Finally, to a young newcomer entering the chromite (mineral) trading business, what would your advice be?

Academic degrees and thinking in terms of simply maximising profit are not enough to ensure a satisfying professional life. Just like in our private lives, it is also a matter of respectful relationships and trustful cooperation – also called empathy.

Cofermin will be presenting at this year’s MagForum 2022, Noordwijk (Amsterdam), 7-9 June.