The Middle East remains a powerhouse of oil and gas production and thus a major market for oilfield minerals used in drilling fluids, stimulation and cementing applications.

The region is a major importer of key oilfield minerals such as barite and bentonite used in drilling fluids, and is anticipated to be a potential growth market for proppants as development of unconventional resources gets underway.

Although there are changes afoot in the global energy market (see below), the Middle East share in global oil production in 2016 has been at its highest level for 40 years. 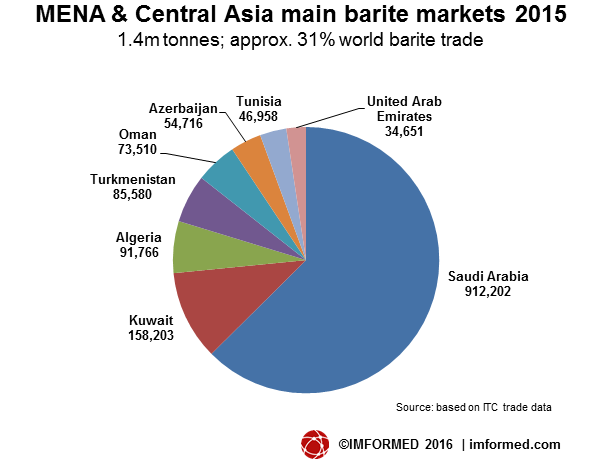 There is understood to be some limited developments in frac sand processing in Saudi Arabia, but regarding ceramic proppants there are no regional sources.

All the latest trends and developments in oilfield mineral demand in the Middle East and Asia will be discussed at Oilfield Minerals & Markets Forum Dubai 2017, 15-17 January 2017, Habtoor Grand Resort, Dubai.

November 2016 has seen the release of two major forecast reports on the oil and gas market which pretty much are in agreement with each other: oil and gas demand is to continue to 2040, but with major growth in gas and renewables.

The 2016 OPEC World Oil Outlook (WOO) was launched by His Excellency Mohammad Sanusi Barkindo during the Abu Dhabi International Petroleum Exhibition and Conference (ADIPEC) 2016 on 8 November 2016.

Key takeaways included forecast total primary energy demand set to increase by 40% to 2040 with combined, oil and gas expected to supply around 53% of the global energy demand by 2040.

There is projected a major shift towards gas and renewables at the expense of coal. The majority of demand growth is expected to come from natural gas, at some 2.1% p.a. growth to 2040.

Then on 16 November, the International Energy Agency (IEA) launched its World Energy Outlook 2016, revealing that renewables and natural gas are “the big winners in the race to meet energy demand growth until 2040.” 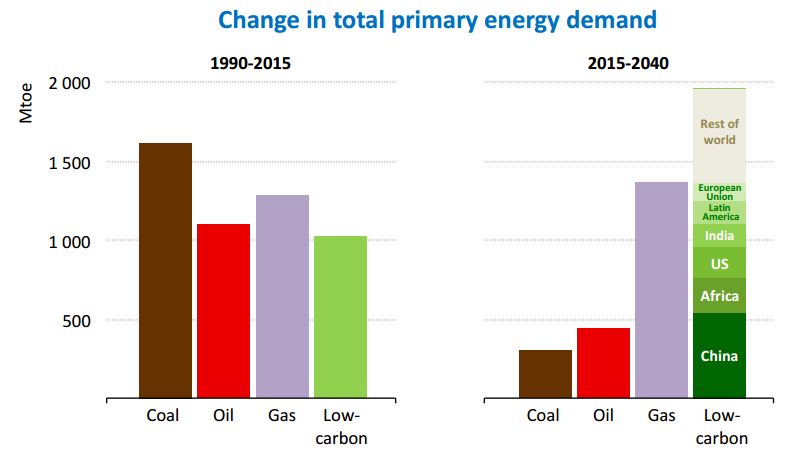 The IEA sees global oil demand continuing to grow until 2040, mostly because of the lack of easy alternatives to oil in road freight, aviation and petrochemicals.

In the longer-term, investment in oil and gas will be essential to meet demand and replace declining production.

The IEA predicts “a second natural gas revolution” with a 30% rise in LNG, and doubling of trade in LNG supporting an expanded role for natural gas in the global mix (see chart).

As well as focusing on specific oilfield mineral developments, Oilfield Minerals & Markets Forum Dubai 2017 will cover the broader issues and influences on the oil and gas market which will directly impact demand outlook for industrial minerals used in the sector.