Despite a decline in world fluorspar demand in 2016 owing to weak demand particularly for metallurgical-grade material, the outlook remains strong for fluorine in the steel, aluminium, and fluoropolymer markets as prices firm during 2017. 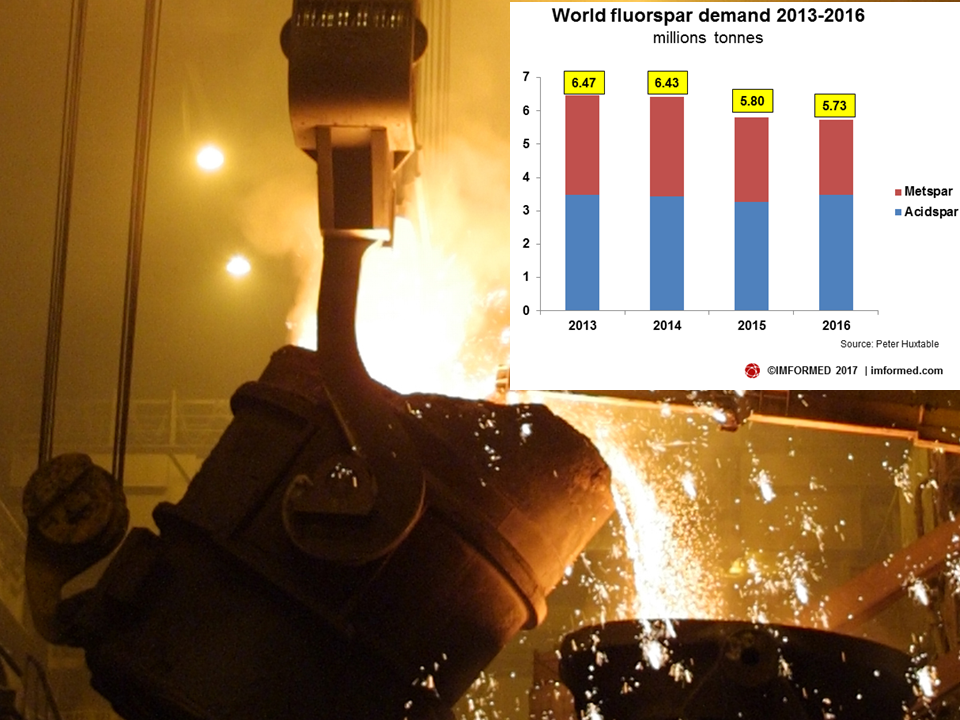 This was the essence of a review of the fluorspar market by Peter Huxtable, Huxtable Associates, UK published in Mining Engineering, July 2017.

“Despite the continued sluggish world growth, demand and acidspar prices are expected to increase in 2017 due to lower overhanging stocks and production and supply in better balance.” said Huxtable.

However, there remain some environmental concerns for fluorine products in the chemical sector, through the restricted use of certain fluorine compounds owing to their global warming potential. 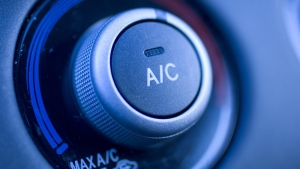 There is some threat of the use of non-fluorine containing compounds, for example in certain automobile air conditioning units, although the agreed acceptance of an alternative fluorine compound will maintain demand to some extent in other applications.

Huxtable is co-authoring a paper “Fluorspar supply to 2018 and beyond” at Fluorine Forum 2017, San Luis Potosi, Mexico 30 October-2 November 2017, where all the key issues influencing the fluorine market will be discussed along with a visit to the world’s largest fluorspar producer Mexichem.

“World fluorspar markets have been on a roller coaster in recent years — strong demand and high prices leading up to the 2008-2009 recession, a major slump during the recession, a strong rebound in 2011- 2012, but then a steady fall-back since.” said Huxtable.

With prices recovering in 2017 and a healthy outlook in certain sectors, the industry could be ripe for another rebound.

Prices fell in 2016 owing to overcapacity exacerbated by the new acidspar output since late 2014 from Vietnam (2016 year-end Chinese fluorspar was at US$260-270/tonne, which has since risen sharply, and according to some reports by 30-40%).

Elsewhere, last year saw mine closures in Bulgaria and Kenya, while others reduced output, notably Mexico and Mongolia down to around 50% of more recent output rates this year. 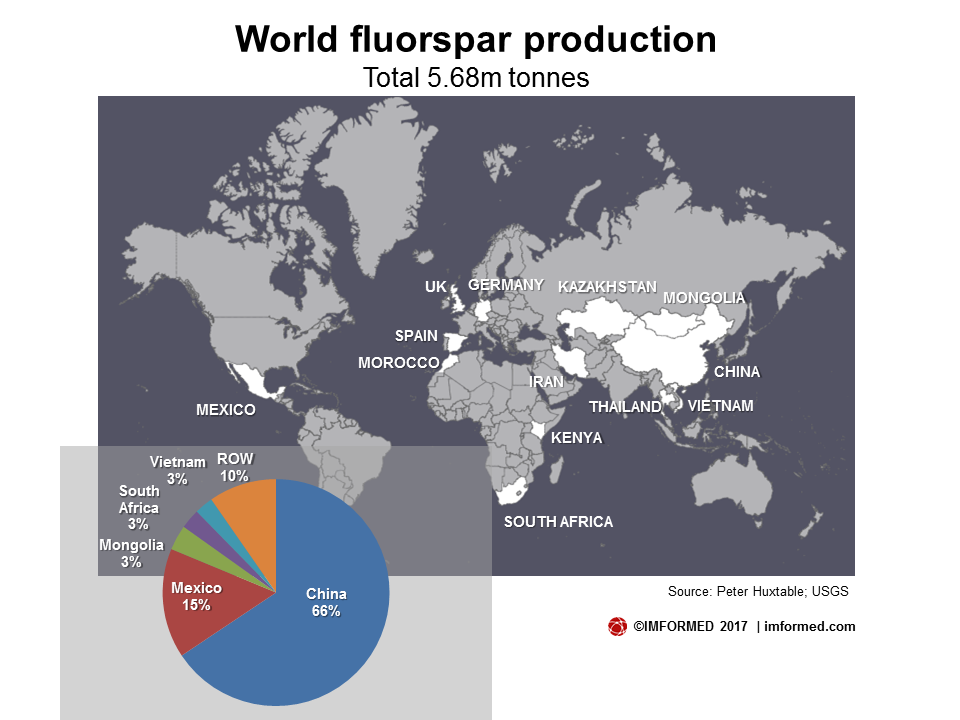 Reduced output from Mexico and Mongolia amounted to more than 500,000 tonnes, and from China around 300,000 tonnes. There were some increases from South Africa, and also some smaller output from new producers in Germany and Spain.

Mongolia’s output remained low at 300,000 tonnes much of which was exported to Russia where UC Rusal’s 120,000 tpa Yaroslavsk operation remained closed.

Canada Fluorspar Inc. received government approval mid-2016 and continued to develop its new processing plant and surface and underground ore supply. Commissioning is expected in the second half 2017 for the 200,000 tpa acidspar project in Newfoundland.

The USA remained reliant on fluorspar imports mainly from Mexico and China, as Hastie Mining and Trucking Co. continued limited fluorspar production from its mine in Kentucky, although intends to eventually produce both acidspar and metspar grades.

Please check out our Fluorine Market Commentary on IMFORMED TV! 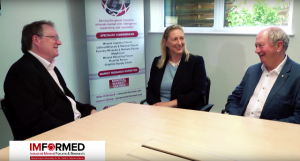 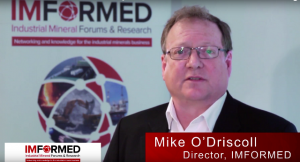 Click here for Ismene welcomes you to Fluorine Forum 2017 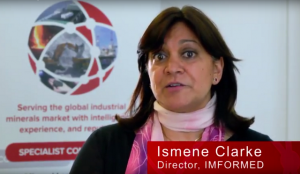 The primary markets for fluorspar are for the production of hydrofluoric acid (HF; 40%), aluminium fluoride (AlF3) and synthetic cryolite, both used as a flux in aluminium smelting (20%); and in steelmaking (35%).

The major end use for HF is in the manufacture of fluorocarbons used predominantly as refrigerants and as foam-blowing agents, in the production of fluoropolymers and fluoroelastomers, chemical derivatives, stainless steel pickling, and in other diverse uses.

HF overall demand remained relatively flat in 2016 despite increased higher consumption by Japan since 2014. Production continued to increase as a result of the new Gulf Fluor facility in the UAE.

China accounted for some 40% of world HF output, with an increasing domestic market and important export trade. 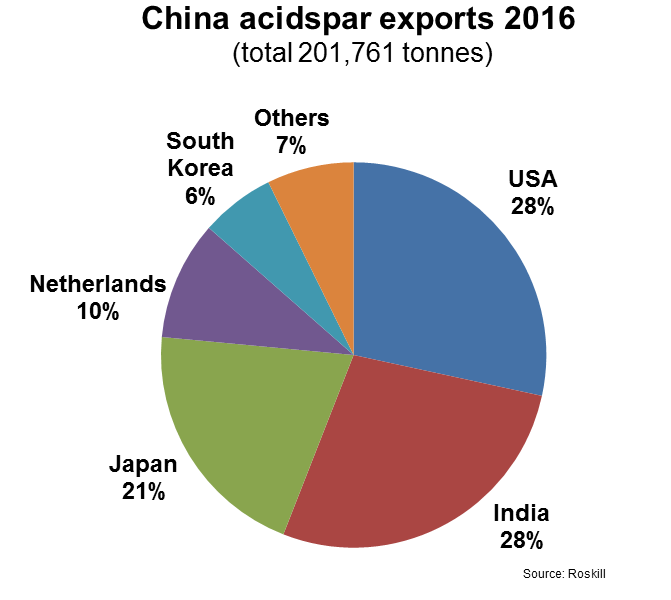 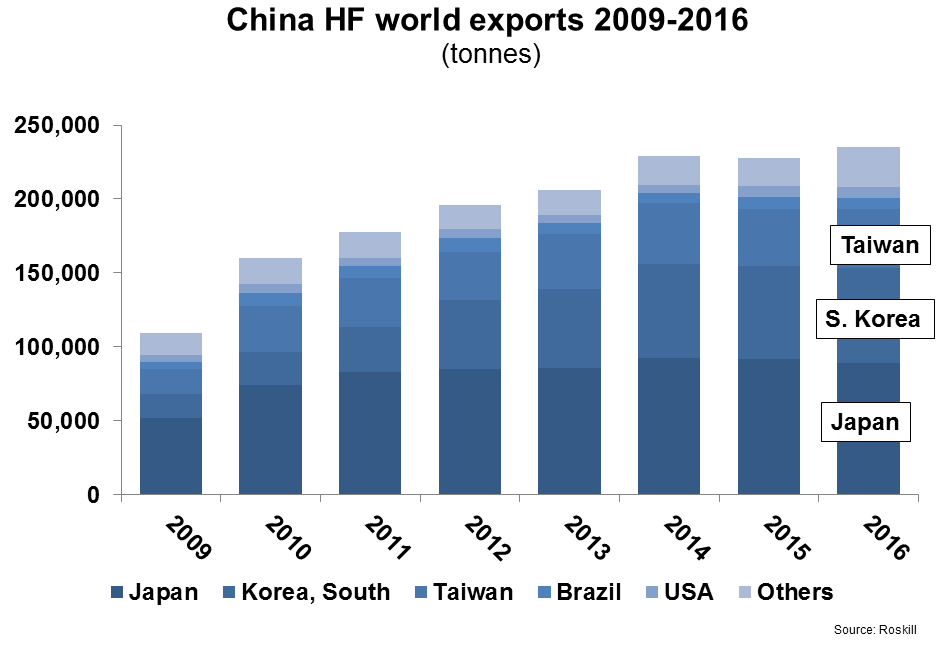 View from Roskill: Prices rising and some producers outside China sold out for 2017
In February 2017, the Chinese government imposed and enforced strict anti-pollution control measures on the domestic mining sector. One effect of this was to reduce fluorspar production at a time when winter conditions traditionally meant output was at a low level. The reduction in supply has continued and been compounded by a rise in demand for refrigerant and hydrofluoric acid ahead of summer. A recovery in production by the domestic steel industry has also pushed up demand for metallurgical grades. The effect has been that Chinese prices for both grades have risen to levels not seen since 2014. Outside China, prices have not risen to the same extent as producers are locked into annual contract terms negotiated in late 2016. Acidspar 97% CaF2 prices are reported stable at US$250-270/t CIF US or European ports. New 2018 contracts are due to be renegotiated in September/October 2017.

Worldwide demand for AlF3 was unchanged in 2016 at 1.2m tonnes. AlF3 consumption increased again in China, and also in India, Europe and Malaysia but reduced in the USA.

Huxtable said: “Overall, world fluorspar demand remained unchanged over 2015 with reduced consumption in China and North America offset by increases elsewhere. Future fluorspar demand is closely linked to the health of international economies, although the fluorocarbon market is more problematic as both the EU and US introduce more restrictions on the use of certain HFCs and HCFCs due to their global warming potential.”

The acceptance by the EU, the USA and by the International Panel on Climate Change (IPPC) of refrigerant gas HFO- 1234yf with a global warming potential lower than CO2 as the preferred car air-conditioning replacement for HFC-134a (banned on new vehicles from January 2017) has sparked a raft of plant expansions by Honeywell, Arkema, and Chemours.

And more…CLICK HERE FOR FULL LIST OF CONFIRMED SPEAKERS