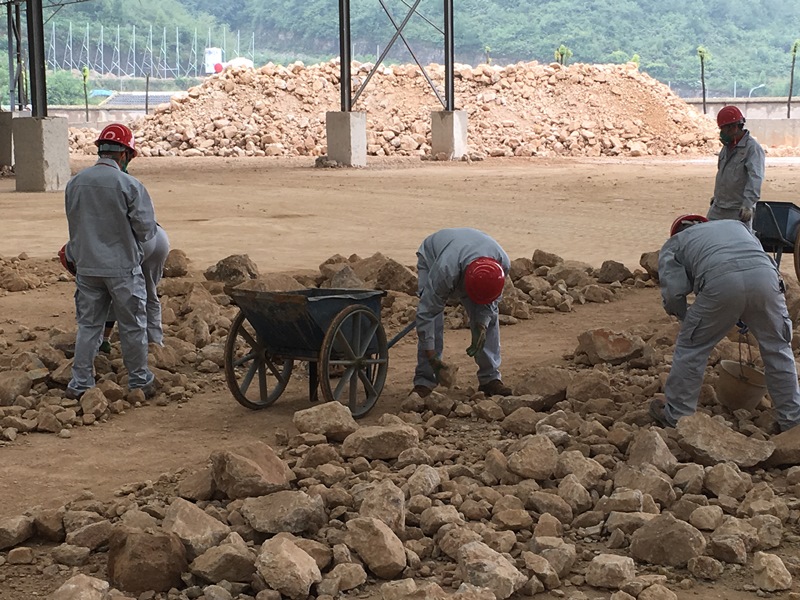 A range of factors arising in 2017 and spilling into 2018 significantly compounded the shortage of key refractory (and other) mineral exports from China vital to the world’s refractory manufacturing sector.

China is well known as the world’s primary source of most refractory minerals; there are perhaps >40 types of refractory raw materials (natural & synthetic) produced with a total production capacity of some >30m. tpa, of which 2-3m. tpa are exported. 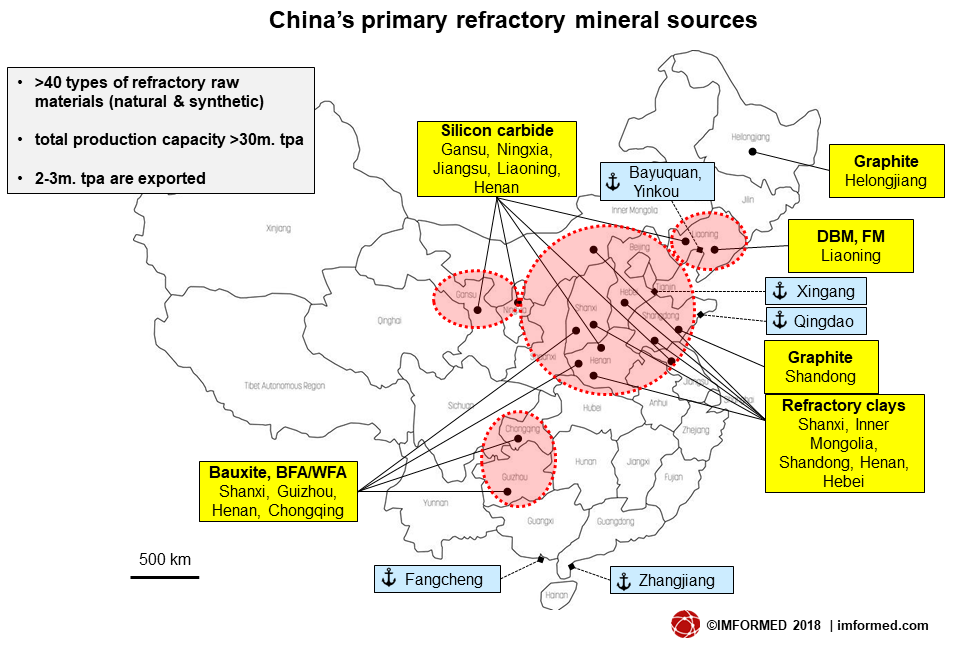 What is fundamental to understand is that despite past supply bottlenecks occurring over the last two decades, these were short-lived. This time it’s serious, it is not a cyclical phase. The fall-out is unlikely to be temporary for many Chinese mineral and refractory operations.

Unfortunately for the global refractories industry, where certain regions, such as India, have relied almost entirely on raw material supply from China, the crisis continues apace into 2019 and the world market must react and adapt to the new world of Chinese refractory mineral supply.

In addition to continuing environmental inspections, China has upgraded its customs audit of minerals trade resulting in significantly more stringent requirements and declarations for exporting and importing parties, and the ongoing US-China trade tariff war is not helping prospects.

The continued implementation of the 13th Five-Year Plan (2016-20) for Ecological and Environmental Protection, including four “green teams” of 120 experts deployed to all 31 provinces every two years, was rubber-stamped at the 13th National People’s Congress, March 2018.

“We will step up the environmental enforcement and inspection” said Li Ganjie, Minister of Ecology and Environment. This crusade and its ramifications on Chinese industry is not going away anytime soon, particularly when 2020 has been officially designated a milestone year for China to be a “Moderately Prosperous Society” (let alone 2049, the centennial of the founding of the Republic). 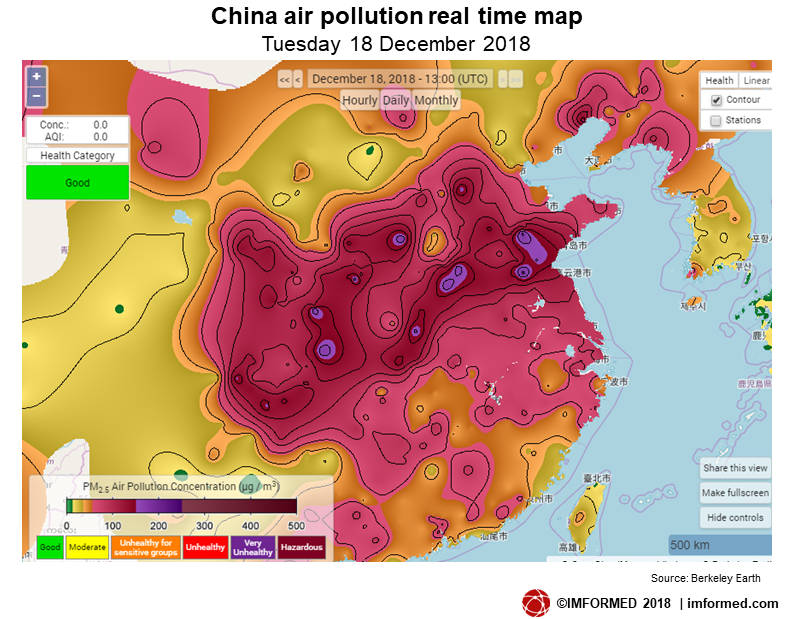 In early September 2018, the MEE announced 11 more cities added to list of 82 cities under inspection, and more environment inspections for April-June 2019, significantly, scheduled for just after the imposed “winter shutdown” of October 2018-March 2019.

Initially, the MEE had been planning a repeat of the 2017 blanket production cuts of 30-50% on heavy industry in 28 northern cities during the Winter Shutdown.

However, the MEE relented, and local governments have been given the power to decide how to meet emission targets during the smog-prone winter heating season. The MEE has set a target of reducing average particulate emissions by about 3% (down from the original 5%) over the winter period. How this will pan out remains to be seen.

By Q3 2018, almost all production of high purity magnesia in Liaoning remained closed; all magnesite mining had closed, and had not yet restarted in the Anshan and Dashiqiao area, with some 90% plants closed failing to meet new environmental standards.

Indeed, new emission standards for the magnesia refractory industry in Liaoning are planned for 1 January 2019, and expected to further restrict both magnesia and refractory production capacity in the province.

Reports suggest that there are plans to restart magnesite mining and exploration in the Haicheng area from mid-September 2019 earliest.

All the latest trends and developments in the magnesia market

Regarding bauxite supply, the primary producing provinces of Henan, Guizhou, and Shanxi have suffered serious interruptions of bauxite mining and calcined bauxite and fused alumina production, and will continue to do so into 2019.

The government’s drive to switch all plants from coal- to natural gas-fired kilns comes with technical and financial challenges to most producers, for example, adding some US$40-70/t to calcined bauxite prices.

In the key bauxite mining area of Xiaoyi, Shanxi province, raw bauxite production which stood at about 10-20m tpa up to 2017, dramatically declined to just 3m tpa in 2018 – this is raw feedstock for both smelter grade alumina (majority of consumption) and non-metallurgical calcined bauxite grades.

Xiaoyi’s calcined bauxite kiln capacity was some 1.5-2.0m tpa from over 100 kilns; by October 2018 only three plants were active in the district, and none in Yangquan, the other main production district.

In Henan, by Q3 2018 calcined bauxite production was “minimal”, since 60% of the raw bauxite feedstock supply for brown fused alumina (BFA) grade was stopped indefinitely with the closure of the major Jia Jia Wa bauxite mine, in Sanmenxia.

Henan BFA producers were starting to import ore from Guizhou, which was adding about US$40/t to prices.

Guizhou also had very few calciners operating, and is challenged by limited mining of 75% & 75+% Al2O3 ore.

However, by late November 2018 it seemed that things had got worse. Reports from China stated that owing to high levels of pollution in Hebei, Shanxi, and Henan provinces, every plant is now closed until further notice, regardless of whether they have secured environmental permits or have switched to natural gas. 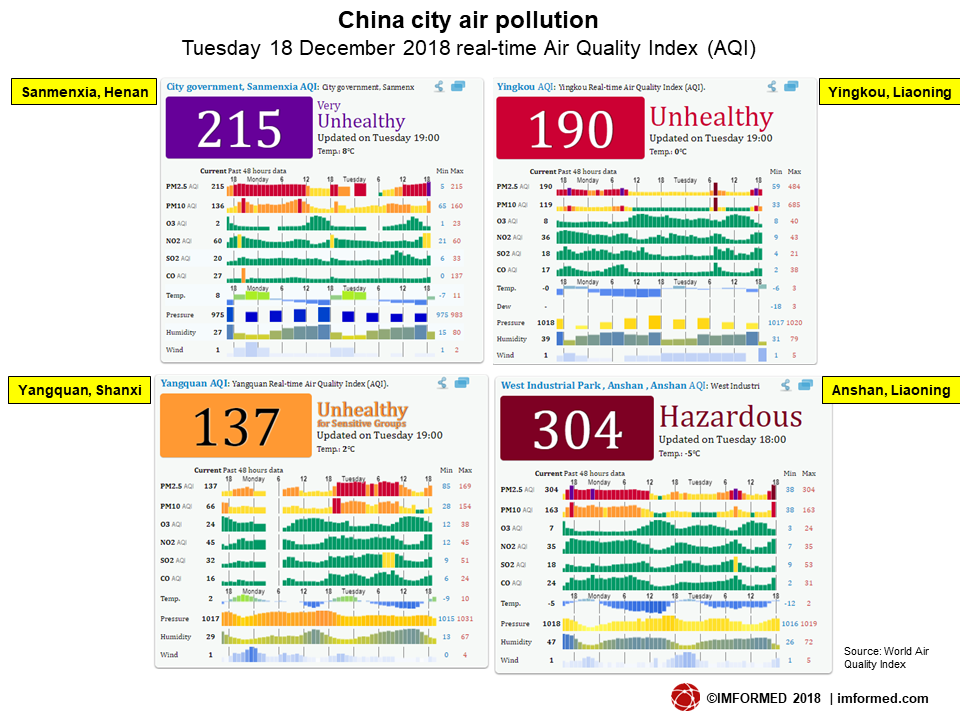 India’s refractory, and steel industry have been particularly hard hit by the China situation. In late September 2018, the Indian Refractory Makers Association (IRMA) reported that refractory imports had risen sharply, by 40% to Rs25.29bn in 2017-18, against that of Rs18.04bn for 2016-17.

Although refractories constitute under 3% of total steelmaking cost in India, in efforts to be competitive, the steel industry has aimed to substitute domestic products with Chinese low cost refractories. India imports 30% of its required refractories, a major volume of which comes from China.

With reduced Chinese refractory raw material availability (either for direct export or domestic refractory manufacture), Indian refractory companies have been forced to delay supply to steel plants, prices have been uncertain, with the upshot that the steel industry has suffered production and cost setbacks.

Commenting on the situation in a recent report, Sameer Nagpal, Head, Advocacy, IRMA and CEO, of Dalmia-OCL, India’s second largest refractories producer, urged: “Steel needs the support of a strong domestic refractory industry. And being the bigger industry, steel should take up the onus of developing and investing in this partnership.”

In response to the situation there have been some positive moves forced upon the industry inside and outside China.

Within China, among these is a drive to develop alternative and upgrade existing mineral processing methods to better utilise lower grade refractory mineral deposits.

For example, a three step fused magnesia production process using magnesite “rejects” via flotation has been developed at Liaoning Donghe Refractory Materials Group, and at least five flotation plant projects are in development and aiming to be on stream in 2019-20.

Meanwhile, there is also work on development of more remote magnesite sources, eg. in Gansu province, and in Tibet.

Of significance has been the first move (in recent years) of a major western refractory producer to invest in China. In October 2018, Refratechnik GmbH, Germany, announced a major joint venture to develop a 100,000 tpa DBM flotation plant at Pailou, Haicheng, partnering with Haicheng Guotian Mining and Yingkou Jinlong Refractories. This may well light the fuse for more of such partnerships in 2019-20. 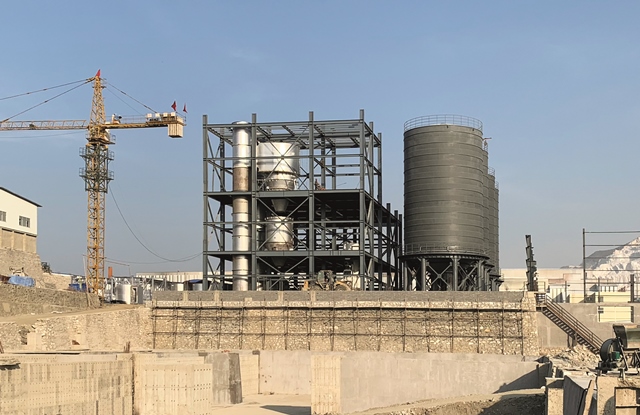 Refratechnik’s joint venture DBM and CCM plant under construction late 2018; described as “…a significant step in the strategy of further up-stream integration to secure supply for Refratechnik’s worldwide refractory production and to diversify and strengthen its international industrial minerals business.” Courtesy Refratechnik

In Guizhou, where there is no mining ban in place (as yet) and pollution controls appear less stringent at present, there is a sense of opportunity by new players emerging to supply the large gap in the market from the closures in Henan and Shanxi.

Sky Metallurgy Mineral Co. Ltd has 15 mines, a crushing plant, and a coke-fired rotary kiln in the Qingzhen area which is expected on stream soon. Elsewhere in Guizhou, some 18 new gas-fired round (down draught) kilns and three new gas fired shaft kilns are in construction.

Outside China, certain refractory producers, such as Wonjin Wordwide, South Korea, have been forced to develop its own captive production of FM; likewise, world refractories leader RHI Magnesita has restarted its Norwegian FM plant.

That said, there has been talk of some commodities possibly being reinstated on the list, so perhaps the US industry is not out of the woods yet.

A “temporary truce” to deescalate trade tensions was agreed at the G20 Summit in Buenos Aires on 1 December 2018, which has resulted in the US refraining from increasing the tariffs that were slated to increase from 10% t to 25% on 1 January 2019.

Outlook as we enter the Year of the Pig 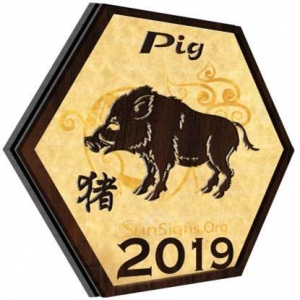 So the outlook is one of expected continued tight supply of refractory raw materials from China, remaining at relatively high price levels, although unlikely to rise much higher, for the foreseeable future.

Certainly, some of the larger western refractory producers will seek to do what they can to secure and “stabilise” as much as possible mineral supply from their favoured sources in China – and Refratechnik is demonstrating one way of achieving this.

But will that be enough? And what kind of guarantee of uninterrupted availability and prices can be given under these conditions?

So at the same time there will be urgent evaluation by the refractory sector for securing raw material supply outside China combined with the increasing likelihood of a step-change in refractory formulations.

The latter will prompt the use of alternative materials and more recycled materials to be assessed with more zeal, and with special regard to increasing the “recyclability” of refractories for the future.

As we enter the Chinese Year of the Pig on 5 February 2019, it may be worth noting some of the apparent traditional attributes of next year’s animal sign:

• projects are made a reality thanks to strategic vision and business skills
• commercial and industrial trades are particularly favoured
• the colour of the year is Red and White: Red symbolises the Fire element, synonymous with luck; the White is associated with the Metal element – a refractory connection?

Perhaps this bodes well for the refractories industry. Let’s see.

This article is in part based on recent presentations given by the author at the 61st International Colloquium on Refractories, Aachen, and The Refractories Institute Fall Meeting, Nashville.

Celebrating our fifth year, IMFORMED is delighted to announce our new conference initiative for a high calibre, overview and outlook platform across the industrial minerals business

The IMFORMED Rendezvous will be the must-attend premier event both for established players seeking new horizons and newcomers evaluating the industrial minerals space.