Zircon plant opened in US by Southern Ionics Minerals

Zircon plant opened in US by Southern Ionics Minerals

Timing good as Iluka winds down US operations

Southern Ionics Minerals LLC has formally opened its new Mineral Sands Plant (MSP) in Offerman, Pierce county, Georgia, with zircon and titanium minerals production scheduled to start in June 2015. Invesment casting is one of the main targets for the new zircon source.

Southern Ionics is exploiting the heavy minerals Mission Deposit, an ancient beach sand ridge in Charlton and Brantley counties, Georgia, and becomes just the third producer of zircon in the USA, after Iluka Resources Ltd and DuPont Titanium Technologies.

The timing appears rather good since Iluka is set to cease zircon production in the USA by the end of 2015. 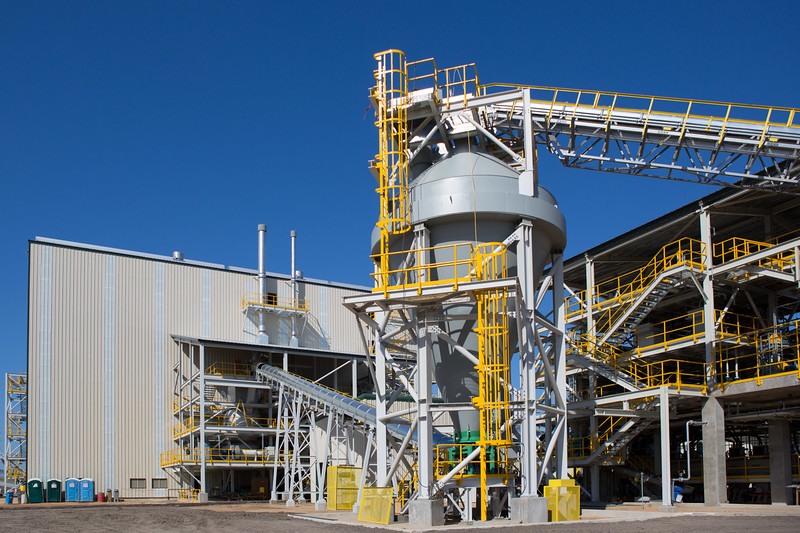 The new MSP has been described as the keystone of the company’s >$100m investment in south-east Georgia, which includes the MSP, a mine in Charlton County (Mission South Mine), and a second mine (Mission North Mine) to be constructed later this year in Brantley County.

Southern Ionics CEO and owner Milton Sundbeck cut the ribbon to open the MSP on Tuesday 5 May 2015. The plant will employ 40 people in the office, laboratory, and mineral separation circuits. Southern Ionics Minerals will have a total of 140 employees at all of its facilities in the region. 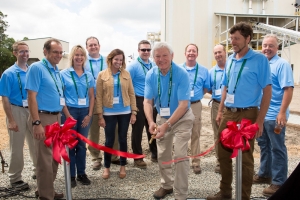 Headquartered in Jacksonville, Florida, Southern Ionics Minerals began extracting mineral sands from its Mission South Mine in Charlton county, Georgia in 2014, which processes about 500 tph via its wet mill before trucking to the MSP.

The Zircon Industry Association reported that 5,000 tonnes of zircon was produced from Mission South in 2014, which would eventually ramp up to about 30,000 tpa, and have a life of 10-15 years.

At the Offerman MSP, the mineral concentrate will be dried, heated, and then sent through various circuits. The minerals will then be separated based on conductive and magnetic properties.

Initially processing around 22 tph HM concentrate, the MSP will use advanced technologies including electrostatic and magnetic rollers, spirals, and shaker tables to separate the mineral sands into four products: zircon, rutile, ilmenite, and leucoxene.

The mineral sand products will be distributed by rail, truck, and ship to end users across the USA and overseas. 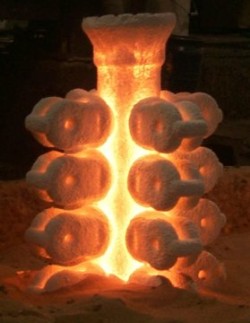 In the foundry market, zircon is used in investment casting particularly in the automobile and aerospace growth sectors.

The company intends to sell a premium grade zircon to the investment casting sector but is also evaluating other markets for zircon and the titanium minerals.

The foundry market – where zircon is used in foundry sand, coatings, and stucco– is one of the main markets for zircon, vying for a market share of 10-15% along with chemicals and refractories. Demand from investment casting in the automobile and aerospace sectors is growing.

The company originally pursued the minsands business with the intent of building a captive zirconium oxychloride (ZOC) plant to secure supply for its line of zirconium chemical products. However, Southern Ionics considers the ZOC supply to have stabilised and the ZOC plan has been shelved for now.

US zircon: then there were two, then three, and soon two again

Zircon production in the USA accounts for perhaps just 6% of world zircon output and at present there are just three main producers all concentrated in south-east USA.

However, in April 2014, Iluka idled its Concord mine, and the Stony Creek mineral separation plant operated at a reduced capacity, in line with Iluka’s overall strategy to draw down finished goods inventory. Iluka has been contemplating cessation of US operations across a period ranging from 2012 to 2027, with the most common assumption being around 2015.

Although recent plans have included evaluation of two mineral sands deposits able to utilise the Stony Creek plant – Aurelian Springs, North Carolina, and Hickory, Virginia – a decision was made in December 2014 to maximise cash flow from the Virginia ore bodies and minimise commitment of further development capital in the USA.

Iluka reported that operations in the USA would cease at the end of 2015 “given the inability to conclude appropriate commercial arrangements to underpin potential new mine developments in
the United States.”

The upshot is that Iluka plans to mine out the Brink and Concord deposits in the most effective manner for the rest of the year. Iluka will continue to hold mineral leases over the land upon which the Aurelian Springs and Hickory resources are based.

The drop in Iluka’s output in 2014 (accounting for about 4% of world zircon production) impacted the US market. According the USGS, during 2014, US imports of zircon increased by about 350% and exports decreased by about 71% owing to reduced domestic production and demand from refractory and industrial consumers that had deferred buying during the previous period of high prices.

Thus with Iluka about to exit US zircon production, Southern Ionics’ timing of bringing its operations to fruition in mid-2015 appears rather adroit.

Elsewhere in the USA, Oregon Resources Corp., since 1989 developing a mineral sands, including chromite, deposit near Coos Bay south-west Oregon, has its facility on care and maintenance and in March 2015 was sold by IDM International Ltd to the Sentient Group.

The wet mill at Mission South Mine, Charlton county, Georgia, which processes about 500 tpa mineral sands for trucking to the new MSP Courtesy Southern Ionics Minerals

The zircon sand found in Georgia represents one of the few commercially and economically viable sources in the USA.

The heavy minerals of the Mission Deposit are believed to have been derived predominately from erosion of the Trail Ridge to the west (containing heavy minerals originating from high grade metamorphic and igneous source rocks of the southern Appalachian Mountains).

The deposits are a series of ancient barrier island sequences deposited during interglacial periods of Pleistocene time and are believed to be between 1 to 2 million years old.

The deposit assemblage is composed of predominately ilmenite with moderate amounts of zircon, rutile, and leucoxene. The assemblage across the orebody is highly variable: the range of ilmenite plus leucoxene percentages can range 25%-45%, rutile from 9%-20%, and zircon from 9%-24%.

The area has attracted attention from mining companies since the 1970s. Five economic heavy mineral deposits are known along this ancient beach ridge stretching through Florida and Georgia. These are (from south to north) the Green Cove Springs Mine, Boulogne Mine, Folkston Mine, Mission, and Lulaton.

The Green Cove Springs, Boulogne and Folkston deposits have been mined using dredge operations by Iluka (GCS Mine since the 1970s) and Humphreys Mining (Boulogne, Folkston in the 1970s). The Lulaton area was mined during the mid-2000s by TE Consolidated (an Iluka subsidiary).