According to the USGS, estimated US barytes imports in 2014 increased by more than 29% to 2.9m tonnes compared with those of 2013, indicating increased demand for barytes in the drilling sector during that year. 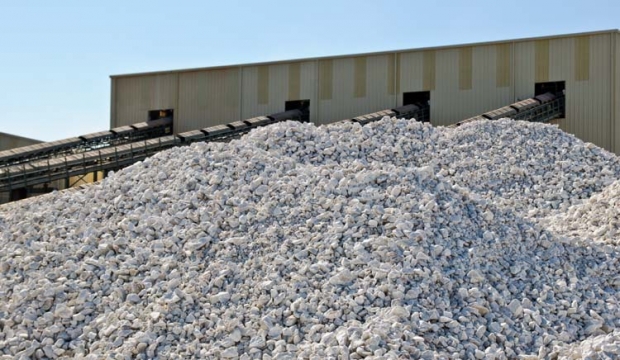 Excalibar Minerals’ barytes plant at Houston is one of many in the Texas ports region which imports significant volumes of barytes for processing and distribution to US oilfield markets. Courtesy Excalibar Minerals LLC

However, with the dramatic oil price drop at the turn of the year, 2015 is likely to see a drop in barytes imports until the oil price recovers fully along with drilling activity.

During 2014, the import reliance on a few major exporting countries and rising prices had led to increased interest in diversifying barytes supply. In the USA, this was evidenced by a notable decrease in barytes imports from China.

The four-year average of barytes imports from China peaked during the years 2006-09, representing 95% of the total. By the end of 2013, this percentage had dropped to 80%.

The Texan ports of Houston, Galveston, and Corpus Christi are significant conduits for US barytes imports. Many of the leading barytes processors, distributors, and end users operate processing facilities at or near these ports to serve regional oilfield markets.

Of these, the Port of Houston is consistently ranked first in the USA in foreign waterborne tonnage, in US imports, US export tonnage, and second in the US in total tonnage. It is also the nation’s leading break-bulk port, handling 65% of all major US project cargo.

Each year, more than 200m short tons of cargo move through the Port of Houston, carried by more than 8,000 vessel s and 200,000 barges. In 2014, 4.7m tons of dry bulk minerals, including barytes and ceramic proppants, were imported via Houston. 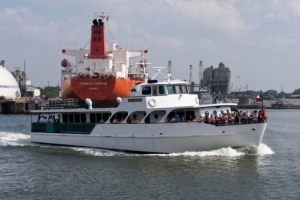 Centrally located on the Gulf Coast, Houston is a strategic gateway for cargo originating in or destined for the US West and Midwest. Ample truck, rail and air connections allow shippers to economically transport their goods between Houston and inland points.

The port infrastructure is made up of the public terminals owned, managed and leased by the Port of Houston Authority, and 150+ private industrial companies along the 84km-long Houston Ship Channel.

The Port of Houston has been instrumental in the city of Houston’s development as a centre of international trade. It is home to a $15bn petrochemical complex, the largest in the nation and second largest in the world. The ship channel also intersects a very busy barge traffic lane, the Gulf Intracoastal Waterway. 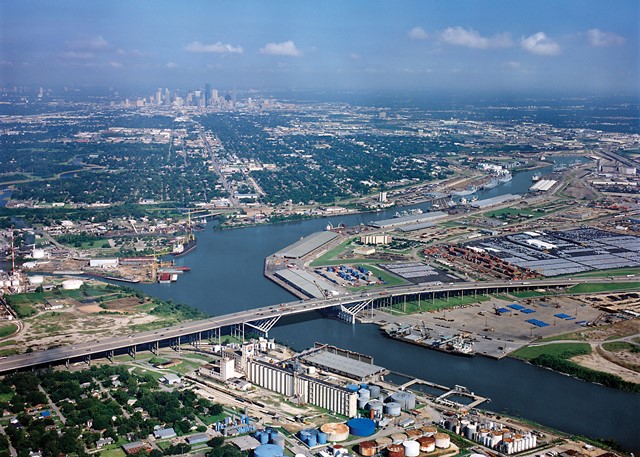 In 2014, 4.7m tons of dry bulk minerals, including barytes and ceramic proppants, were imported via Houston. Courtesy Port of Houston Authority

In mid-2014, Cimbar Performance Minerals, a leading barytes supplier to the drilling fluid industry, completed a $6m. upgrade to its Houston, Texas and Wellsville, Ohio plants.

According to Cimbar, the expansion and upgrading of these plants has resulted in an increase in production capacity by an additional 400,000 tpa. Upgraded improvements in load-out and packaging systems have significantly improve plant efficiencies.

Learn about the latest trends and developments at Oilfield Minerals & Markets Forum Houston 2015, 27-29 May 2015.