This was owing to a combination of higher sales demand and a plant upgrade at RTM’s main borates mining and processing facility in Boron, California.

With customers worldwide consuming borates in diverse markets, from fibreglass to frits to fertilisers, getting the logistics right is paramount for RTM’s borates distribution.

The new plant allows for increased processing of the boron mineral kernite, resulting in an increase in the amount of sodium borate produced. 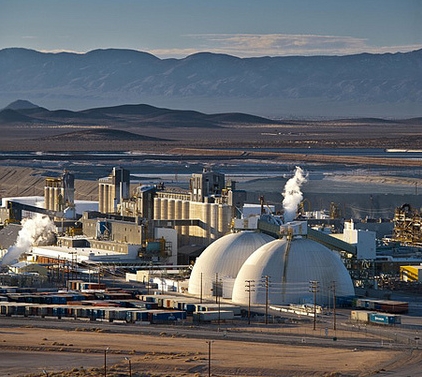 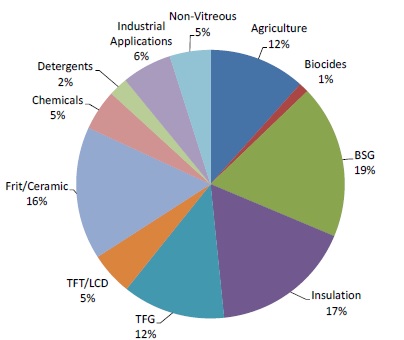 The insulation market (using fibreglass made from sodium borates such as borax decahydrate and pentahydrate) in North American and Europe has been targeted as a major market, with an estimated growth forecast of 4% to 2018. RTM estimates that in Europe and North America there are some 50m under-insulated homes.

Increased demand for borates as micronutrients in fertilisers is expected in South America, India, Malaysia, and Indonesia, and could represent borate’s greatest growth market with an estimated annual growth rate of 6% to 2018.

China, Thailand, Indonesia and Middle East are leading the demand for high end frit and ceramics
and an increase in new construction in South American (mainly Brazil) is also a growth driver. China is expected to account for 50% of the world ceramic tile market in 2015. Ceramic markets for borates are expected to grow 4% to 2018.

To facilitate its supply to world markets, in addition to its primary mining and processing operations in California, RTM operates several port and distribution centres in the USA, Europe, and Asia.

Wilmington, located in the Port of Los Angeles, is RTM’s primary shipping facility in North America. Speciality products and special quality grades are refined at the site, which also produces wood preservatives and flame retardants, among other products.

In Europe, RTM has three sites. Nules, Spain, is a packing and distribution facility strategically located in close proximity to the country’s ceramics industry. The operation includes packing, milling and warehouse facilities.

Rotterdam is RTM’s primary European distribution facility. Up to 40,000 tonnes of refined borates are shipped in bulk from California to Rotterdam, where they are distributed to customers throughout Europe.

Coudekerque, located near Dunkirk in northern France, is a speciality borate refinery and distribution centre. Refined borates are shipped from California to Coudekerque, where they undergo secondary refining processes to increase purity and produce high value specialty borates for the agriculture, nuclear and industrial sectors.

To meet this demand increase, RTM opened port facilities in Changshu Xinghua Port in China, and Port Klang in Malaysia. Changshu and Port Klang operations both handle borates from the Wilmington shipping facility in California.