Haydn Murray was a great worker and friend to the industrial minerals community. He was a major fixture at the meetings of the Society of Mining, Metallurgy, & Exploration and the Forum of Geology of Industrial Minerals –he will be well remembered and toasted during next week’s SME Annual Meeting in Denver. 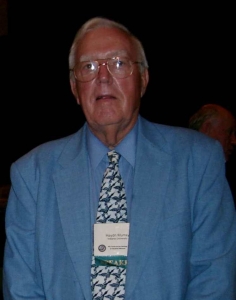 Whether approached by a young novice – such as this author seconded to the USA in 1988 as a wide-eyed young editor learning the industry – or a grizzled expert, Haydn could always be relied upon to have time for a chat about industrial minerals – and most often clays!

Haydn was widely acclaimed for his research and specialisation in industrial clays, as well his commitment to furthering the education of geology and mineralogy at the Department of Geological Sciences at Indiana University.

Through his devotion to education, that institution hosts the well established Grassmann Fellowship for clay mineralogy graduate students , the Haydn Murray Chair of Applied Clay Mineralogy, as well as the Murray Clay Minerals Laboratory.

His research activities were mainly concentrated on the genesis and industrial applications of clay minerals, particularly kaolins, smectites, and palygorskite, and he was widely published and contributed to many conferences.

In recent years, he was involved in the study and development of a large palygorskite deposit in China and involved in exploration for a bauxite in Brazil or Suriname with a specific alumina, silica, and iron content.

Many of us in the industry have our memories of Haydn at one time or another. Former Editor of Industrial Minerals magazine (1983-1987), Gerry Clarke commented:

“Haydn was a remarkable persona – a complete marriage of academia and business in one package. I’m not sure he missed any of the US Forums [of Geology of Industrial Minerals]. He’s up there with Bob Bates now [another industrial minerals giant sadly passed] no doubt setting the heavens to rights about the pros and cons of all things non-metallic.” 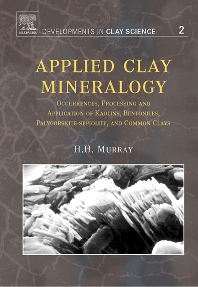 Haydn was born in Kewanee, Illinois on August 31, 1924 and attended the University of Minnesota before leaving to serve in the Army Corps of Engineers in New Guinea and the Philippines during the Second World War. He and Juanita were married in 1944 and they celebrated their 70th wedding anniversary in December 2014.

He attended the University of Illinois where he earned his Bachelors, Masters and PhD in Geology, specialising in Clay Mineralogy. In 1957 he became an associate professor and a clay mineralogist for the Indiana Geological Survey at the University of Indiana.

During his time at Indiana University, Haydn received numerous awards, including the Distinguished Member Award of The Clay Minerals Society, AIME’s Hal Williams Hardinge Award, and was elected to the National Academy of Engineering, the highest honour awarded to engineers.

Haydn leaves his wife Juanita, their three children, Steven, Marilyn, and Lisa and their families.

A memorial service will be held for Haydn Murray at 2.00 pm on Saturday, 21 February 2015 in the Tudor Room at the Indiana Memorial Union.